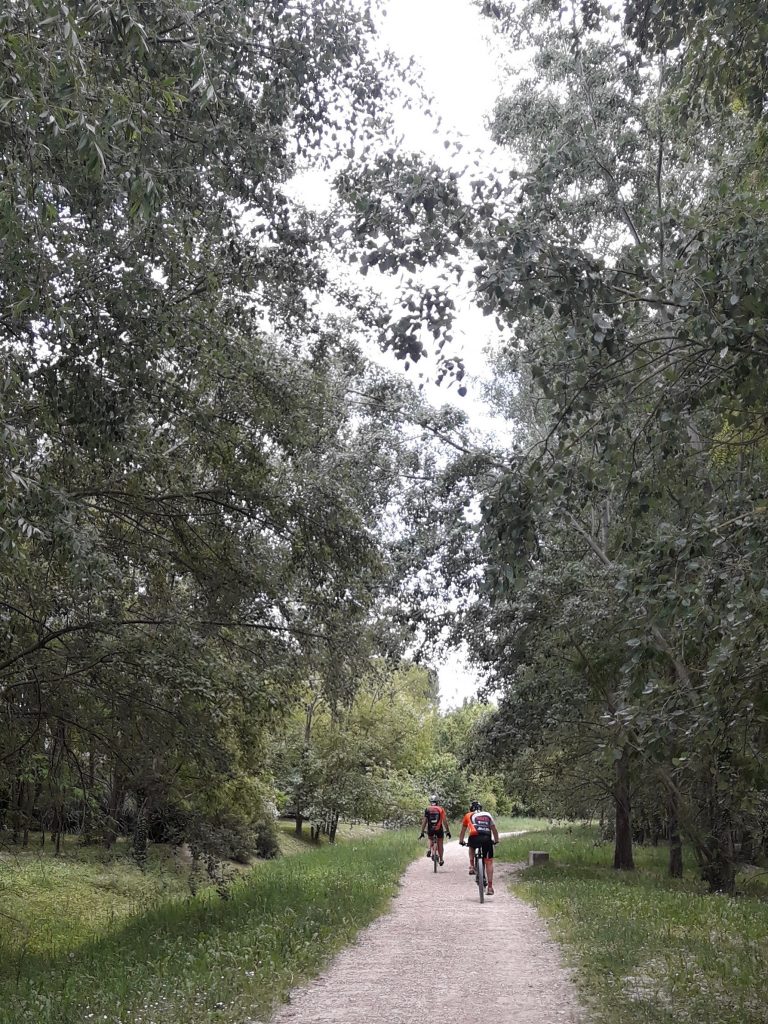 Eventi a Cervia e dintorni Post a Comment
Contenuti nascondi
1 FOR BIKE AND NATURE LOVERS
2 ROUTES OF CERVIA, SUITABLE FOR THE WHOLE FAMILY, IMMERSED IN THE FRESH PINETE AND NATURAL RESERVES
2.1 Do you want an example?

FOR BIKE AND NATURE LOVERS

ROUTES OF CERVIA, SUITABLE FOR THE WHOLE FAMILY, IMMERSED IN THE FRESH PINETE AND NATURAL RESERVES

Cervia is to be lived by bike: all flat, with a beautiful promenade, with many tree-lined avenues and green pine forests. It is full of urban and nature paths just a stone’s throw from the sea. Proof of this are the 40 km of cycle path and the various paths in the pine forest and in the salt pan.

By pedaling you will get to know natural areas, historical places of great beauty and local typicality. Or you can train on  Ironman’s routes, using a network of low traffic secondary roads, in an area that offers geographical variety and a mild climate that allows cycling during the whole year.

Forgetting the car is very easy! You can also bring the whole family, the roads are all on the plain and the numerous routes are periodically cured and checked.

Do you want an example?

From the center of Cervia or Milano Marittima, through the pine forest, you can reach the Ortazzo valley, where you will find the Duna Costiera Nature Reserve and the mouth of the Bevano stream. The area is divided into two parts: the Ortazzo valley is a large, always submerged freshwater marsh, while the Ortazzino wetland is a brackish area adjacent to the beach, which alternates ponds, reeds, dunes with Mediterranean vegetation and coastal pine forests.

The path to the Ortazzo valley is part of the wider path that reaches the city of Ravenna and is almost exclusively on dirt roads and paths, about 15 km each way, flat, without technical difficulties and very interesting from a naturalistic point of view : upon reaching the valley, a sighting tower allows the observation of coots, swans, ducks, herons, cormorants.

Another of the most suggestive routes that wind through the Po Delta is La Rotta del Sale, a cycle path that runs parallel to the ancient maritime route that followed the boats that transported salt from Cervia to the port of the Serenissima, a journey departing from the center of the city that crosses naturalistic landscapes of great beauty until reaching, if completed in its entirety, the Lido of Venice. The first stretch, about 20 km long, is pleasant and shady and leads up to Ravenna through the pine forests of Cervia and Classe.

But “living on a bicycle” also means using it in the right way and respecting nature, the territory and people. The bicycle as a means of transport as well as being good for the environment and health, is also a useful answer to urban mobility and the streamlining of traffic.

For this reason, the Municipality will soon launch an awareness campaign to use the bicycle correctly, aimed at citizens, tourists and schools as soon as they reopen. A “Cervia by bike” leaflet has been created, which is a short handbook, which lists the main rules and regulations to be respected provided for by the highway code and useful tips for living the bicycle and the road safely. In addition, the brochure contains a map of all the cycle paths in the Cervia area, where you can see those that are already accessible and those that will be built in the future.

The Mayor Massimo Medri said: << Cervia has always been a city sensitive to the protection of the territory and attentive to sustainable development, for good living and quality of life. The use of the bicycle for sports, fun and as a means of transport, is part of a choice that is good for the environment and health, but it is also a useful answer to urban mobility, to streamlining traffic and economically. “Cervia by bike” is a short handbook for using the bicycle in a fair and respectful way towards the environment and people.

Cervia can boast about 40 km. of existing cycle paths, We invite all citizens and tourists to follow them, to appreciate our territory even more. As Sergio Zavoli wrote: “The bicycle is a way of matching life with time and space, it is going and staying within still human measures”. A bicycle ride clears the mind and is an immersion in beauty. A special thanks to Cervia Turismo and Destination Romagna who are committed to promoting and enhancing the bike project >>.

“Cervia in bici”: the LEAFLET with cycle paths, rules and useful tips for living the road safely,

We also offer routes of various lengths and for every type of bike, from the road to the offroad.